Published by Victoriia Revenko on

Aromatic and flavorful chicken and vegetable broth is the gem of this recipe. And red pepper, too. Another peculiar detail – this borscht doesn’t call for cabbage, tomatoes and beets. Is this still a borscht? Definitely, this is Moldavian Borscht.

Start with washing whole drawn chicken under running water. Place it in a pot, add carrots, parsley root and onion which you cut in halves. Cover with cold water and quickly bring to a boil. Remove any foam that might appear when the broth starts to boil. Cover with a lid, turn the heat down to low so the broth simmers and leave to cook for 2 hours. Add salt 30 minutes before the broth is done. Take the chicken out of the broth and place in a separate container. Cover with a lid. Take the vegetables out, too and toss them. Strain the broth.

Cut carrots, parsley root and onion into thin strips. Heat bacon fat or butter on a skillet and fry your vegetables on medium heat for 10 minutes. Then add white vinegar and cook for another minute or two until vinegar evaporates.

Measure all purpose flour and fry it on dry skillet on medium heat, constantly stirring. Cool until the flour turns light golden in color. Then add 4 tablespoons of chicken broth, mix well and strain.

Bring the broth back to a boil. Add cubed potatoes and cook for 15 minutes. Then add fried vegetables, flour mix, ground red pepper and cook for another 10 minutes. Turn the heat off and let your borscht stand for 20 minutes.

In the meantime, separate chicken meat from the bones and cut into bite sized pieces.

When serving the borscht, add a few chicken pieces, sour cream and chopped parsley into every bowl.

This borscht is also known as: Odessa Borscht 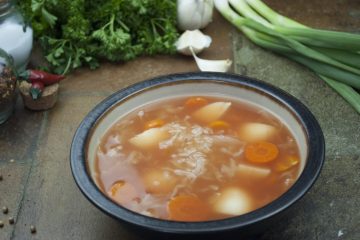 Simple and easy to make, this borscht is a go-to recipe if you crave some homemade comfort food. Serve it with sour cream and rye bread and it can’t be more authentic. Wash brisket under Read more… 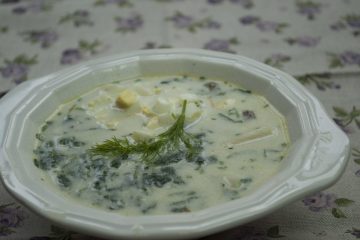 This is a great recipe for summer! Bone based broth, tart sorrel notes and creamy buttermilk – what could be better on a hot summer day? Wash beef bones under cold running water and place Read more… 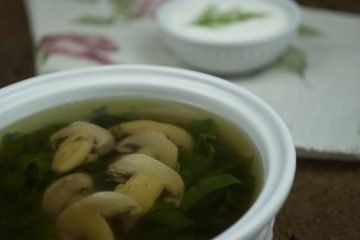 FREE SHIPPING ON ALL ORDERS! Dismiss